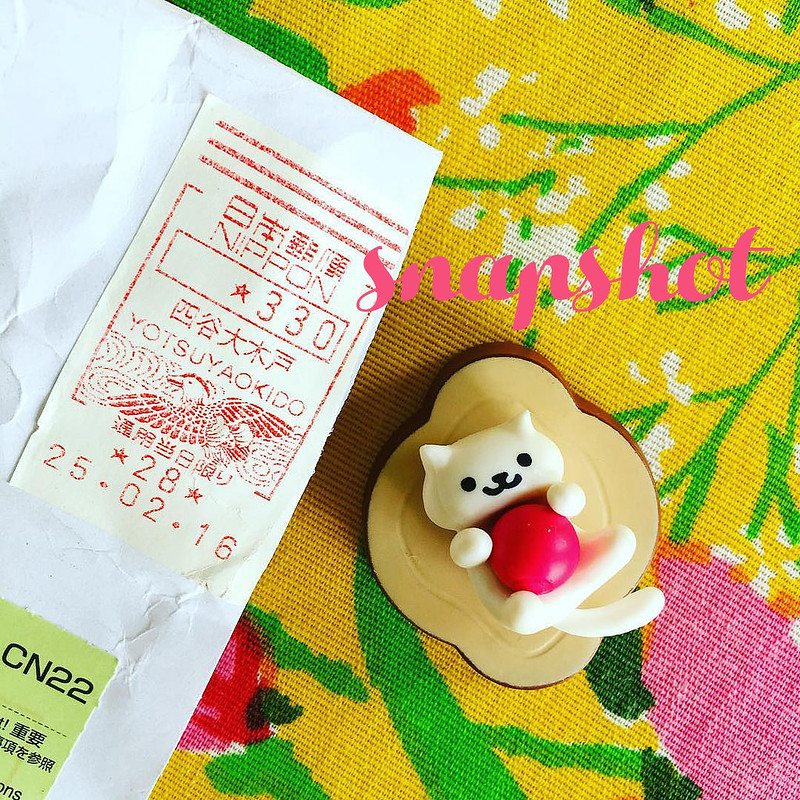 –On Monday I had my colonoscopy. I survived the prep and procedure and I’m doing marginally better than before thanks to steroids. There’s no news yet, we have to wait for the biopsies to come back, and I have another procedure to get done before we have answers. If you are a regular healthy person, getting a colonoscopy is really not a big deal. The prep isn’t fun, but it’s mostly annoying at a little uncomfortable. But when you have something like Crohn’s disease, the whole operation is hellish. You are essentially summoning the worst parts of your disease to an already bad situation on purpose, and increasing the related issues such as arthritis, inflammation, dehydration and exhaustion a thousandfold. I was on steroids this time, and the constant need to eat was nearly impossible to ignore. I only slept a few hours and by the time I arrived for my appointment, my body was singing with pain. “You forgot to take your blood pressure medication this morning!” the nurse told me as she uncuffed my arm. I had to tell her that I don’t take blood pressure medication. Normally, my blood pressure is perfect. Put me through colonoscopy prep, and watch my body deteriorate in 24 hours. It was awful, it is every time. (This is my third one. Two more punches on my card and the sixth colonoscopy is FREE!) But I’d like to reiterate: if you are a normal human civilian, they aren’t as bad as all that. I don’t want to scare anyone. Unless you have Crohn’s disease. Then may the Angels of Butts watch over you.

–Apparently the first thing I said to Anthony when I came out of anesthesia was I WANT TACO TRUCK! The next thing I said, as he was pulling my shirt over my head, was I WANT BAGELS! I may have been under heavy sedation, but my steroid-fueled appetite was not to be shut down.

–I found the best deal I could and purchased the expensive Neko Atsume toys for Isobel’s birthday. They arrived from Japan and holy moly, are they cuuuuuute! I am going to wrap them up special and I can’t wait to see her face when she unwraps them. I think I’ll probably take a video. Also, I realized the other day that my house is a real-life Neko Atsume.

–Both kids and Anthony have come down with a pretty nasty cold. I’d like to think that my obsessive hand sanitizing and blanket-washing is what’s keeping me healthy, but I’m pretty sure it’s the steroids.

–Anthony talks in his sleep sometimes. The other night he said, in a sleep-slurred yet mildly incredulous voice, “Elias isn’t Batman.” I’m glad we cleared that up, honey.

–Students in Isobel’s first-grade class are already discussing their crushes and who they like-like. Isobel told me a story about a boy I’ll call Tyler (not his real name). She said Tyler had a crush on someone and he wrote their name on a rock and everyone wanted to know who it was but Tyler forgot who it was and then he couldn’t find his rock so no one, not even Tyler, knew who he liked-liked. “At first I thought he liked a rock,” Isobel explained.

–The steroids have been very rough this time around. I’ve had several very successful runs on them which resulted in weight gain from appetite surge but nothing worse than that. Then the last time I was on them I was also experiencing PMS so I had Rage Feelings that I had to keep in check. Nothing I couldn’t handle, but definitely out of the ordinary and pretty unpleasant. This time my dance with steroids has resulted in kicking my depression and anxiety into high gear, something Stef warned me about, and I have spent the last two weeks crying more than I have in the last year. It doesn’t matter that it’s not a “real” depression, but a medically-induced one, because the feelings are real and goddamn if I were to sit down and think about it the reasons I have to cry, they’d file in and make a line that goes around the block. A couple days ago I finally had a whole day where I didn’t feel consumed by sorrow, so I hope I’m moving past it. Steroids are a dangerous drug, but there’s no doubt that they are keeping me out of the hospital.

–Isobel was selected to be student of the month, which made her ecstatic beyond anything all school year. Even though I was pretty ill I managed to show up for the assembly with Elias, along with both sets of grandparents and her cousin, and afterwords everyone came over to our house where she stood on the coffee table and read an acceptance speech she wrote herself. After Anthony got off work he took everyone out to Isobel’s favorite restaurant, which is actually a shop that sells nothing but house-made ice cream. It was a really wonderful bright spot in the midst of some very hard times. She is such a hard worker and I’m so very proud of her. Here she is giving me a thumb’s up while receiving her award. Also, her book order came in that day, so obviously it was the best day ever.

–Anthony has been steadfast and reliable, taking care of me and the kids and the house and then me again because I’m crying. I’ve been getting stuff done as far as taking care of the kids, of course, but that’s really all I can do some days and he’s there to pick up the slack, reminding me it won’t always be like this and if it is, he loves me anyway.

–One of the books she requested for her book order was a Shopkins joke book. It is 100% puns. My Mom stopped by the saw the book on the counter and said, “To me, Shopkins and Sponge Bob are exactly the same: it’s a thing with a face that shouldn’t have a face.”

Thrifty, Practical, & Fun Ideas for Easter Baskets. Need some gift ideas for kids? I got you covered.

FF The Last of Winter. In praise of weather and levity.

FF The Greenery In Spring. Camellia and funny tweet season.

This is how the 5yo announces that she’s hungry.

This is the greatest sandwich train ever.

I read this as “potion” which made it more interesting and equally believable.

Ben Affleck is marginally less of a tool.

Choking in a real and dangerous way. (Vine loop)

Do not argue politics with your cat.

If you face swap Mulder & Scully they look like a great Synth Pop band.

Grand Theft Auto Busytown. Let me know if you know who made this! I want to credit them properly for their genius.

Turns out that my grandfather was also enthusiastic about friendship. He had matching cardigans with his friends. This might be the cutest thing ever.

Have you ever been so high that you brushed an onion.

In the course of searching for a Bjork swan dress in Giphy I came across this surrealistically awesome 34K GIF OMG. That was fun.

TFW someone points a grasshopper at you, but bae’s like “I got this” and he eats it and you’re all OMGGGG.

Once again the notorious art criminal, Banksy, has shaken me to my core.

VR is the next big thing and i’m going to make millions with my virtual reality cat petting simulator.

Living in Europe and learning about USA elections via memes.

Take the pledge to to vote for candidates and local ballot measures that support libraries. The Koch brothers are attacking libraries, because fuck your own legacy, I guess. 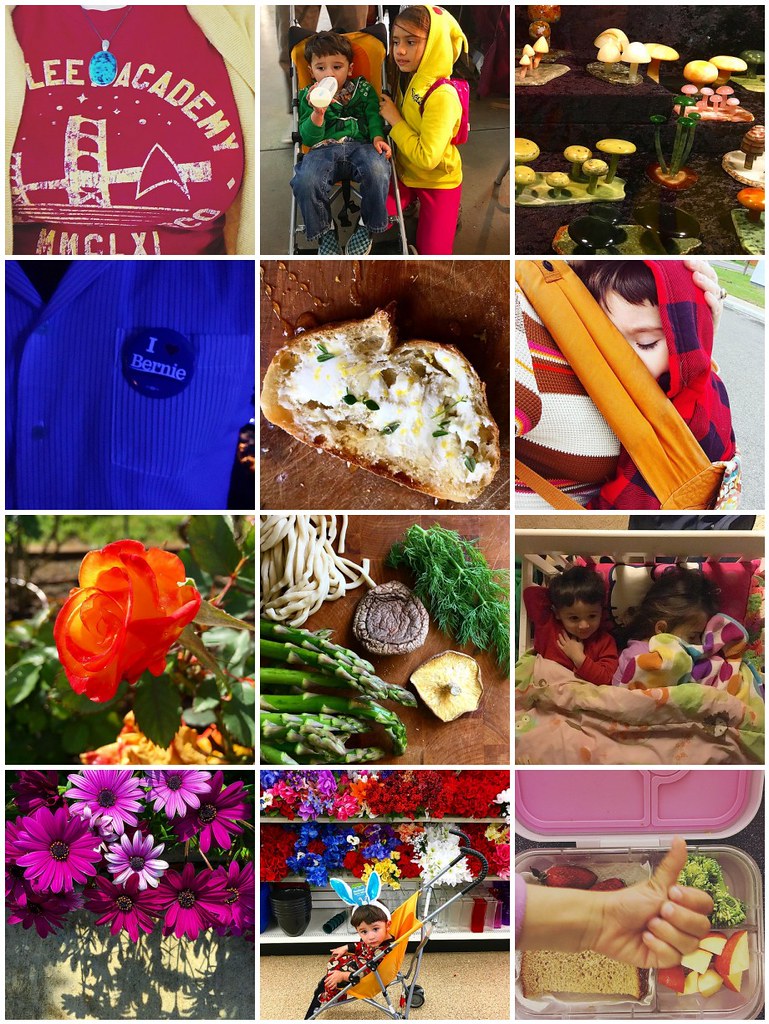 It is November 30th which means it’s the last day of NaBloPoMo and somehow I’ve done it–I’ve posted every day for the month of November. It had been so hard for me to get back to posting with any regularity after my Crohn’s flare and giving birth to Elias. I knew I had it in me, but I had some serious inertia to overcome. Now that I’m on the other side I’m a little worried about losing all this momentum I’ve gained. I think I’m going to switch gears and attempt to post every weekday from here on out, with an occasional weekend post if there’s energy. I really appreciate everyone’s support and your patience in sticking with me and checking in on Little Big, even when there wasn’t much going on.

Today is Cyber Monday, and Society6 is having a sale, so right now you can get 20% everything plus free world-wide shipping on everything in the shop! It’s a great deal, so if you’ve had your eye on one of the pricier items in the shop, now is a great time to buy. Orders purchased now should definitely arrive before Christmas, so you can purchase art, support a small business, and cross something off your Christmas list while you are at it.

I had a lot of fun posting to Little Big this month, and I hope you did, too. I’ll be back tomorrow, and the day after that, so keep reading. I love you guys.