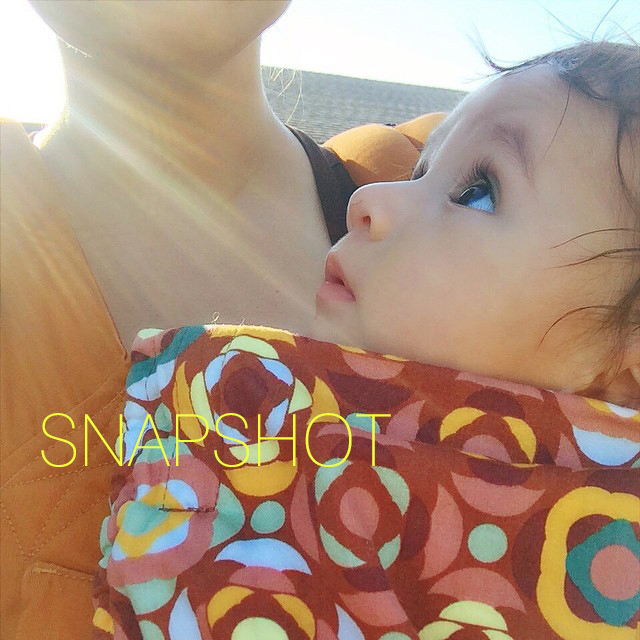 –My horror at discovering Elias had shoved a piece of chocolate he found on the ground down his onesie was matched only by my relief that the dark brown smears all over his belly weren’t poop.

–We had a fantastic Christmas, three of them, with family. It was my first Christmas with two kids, even though Elias was mostly an adorable blob for most of it. Isobel’s grandparents got her a fabulous Hello Kitty bike that she wasn’t quite ready for last year, and when she saw them wheel it in she squealed with delight, ran over to it, and said, “How do you even ride this thing?!” Her favorite gift is probably a toss up between the toy Raichu that she’s waited months for, or the package of 12 crayons–all of them pink. We couldn’t afford to get her anything last year since we were in the midst of the layoff, so it was gratifying so see her so happy from the small but thoughtful gifts we could give this year. On Christmas day we visited Grandma Juani, who is recovering from a recent illness in a nursing home, and one of the residents wished us a “Merry Christmas and a Scrappy New Year” as she rolled by in her walker.

–My favorite holiday special is probably Fireplace In Your Home.

–The real reason you aren’t supposed to touch the Elf on the Shelf dolls is that they are so shoddily made they will fall apart. The fabric on Isobel’s started pilling the second day she had it, I had to glue the hat back on, and the arms, which are supposed to remain clasped, came undone.

–Eating has been a problem for me lately, mostly because the ingesting of food means I will be doubled over in pain for at least an hour after.

–I had a glasses mishap over the weekend. It was completely my fault. Isobel stepped on them and broke the side of the frame. I was able to superglue them back together as a stopgap measure until I am able to get new ones, but later on that weekend as I stood up to leave a restaurant I heard a tiny ping! and the metal hinge kind of gave up on life. I have a few very old and probably expired contacts, and I recently dug up an old pair of glasses from around 2000 (or even earlier). The are tiny gold wire frames and they make me feel like a Victorian general store clerk who just sold Mr Cuthbert 20lbs of brown sugar.

–I hope everyone has a safe New Year’s Eve tonight and calls a cab or has a friend be a designated driver, that way we can all have a cozy and happy New Year’s Day. I wish you the best in the coming year.

Follow Friday: Community Sale. My love letter to the internet. Read and get happy.

Little Big Collections: Vintage Kitchen Accessories. These are a few of my favorite things.

Scrapbook: Holiday Card 2014. Wishing you joy, from our family to yours.

Star Fleet Duty Uniform, Female. The convergence of my two great loves: Star Trek and vintage fashion. Thank you for this, Elizabeth.

This hedgehog is cheering you on because you can do anything. I love you, supportive hedgehog.

This gif of Patrick Stewart and Ian McKellen is sheer perfection.

But that’s none of my business.

How Hello Kitty became a global superstar. She’s the bee’s knees in our house.

Check out this whale I sculpted in the first grade. I bet that guy’s parents hung on to it because it was hilarious.

Goats Used For Christmas Tree Recycling. Goats are the solution to so many of life’s problems.

Let us never forget the best Christmas decorations. Via pourmecoffee

“Please enjoy my Boxing Day gift to you.”

How to Raise Your IQ. Plot twist!

I am burdened with glorious purses.

Couldn’t find anything to use for hurdles to do my walking physical therapy exercises so I had to get resourceful. Via Stef

Convince people you are a moon. I really love this. Via TwopTwips

I Can’t Stop Watching This Japanese Shrimp Gun Commercial. Commercials like this make me think the Japanese have a much more exciting life than I do. Via adholden

I dont think any of the wikihow artists have seen a dog in real life.

Read while lying down. The second photo makes me for real laugh out loud. Via The Worst Things For Sale.

The Parent Trap! I would pay to see this version.

Hottest take of 2014. Though this inspirational photo is a close second.

Leave your Jeopardy! anecdotes to me. Via my friend Dolly, who was totally on Jeopardy! in real life.

Replaced photo of my sister w Vladimir Putin before family came over for Xmas, they haven’t noticed yet.

DO NOT THROW EVERYTHING YOU OWN INTO THIS TOILET.

So This Is The New Year. I discuss changes and life in general.

Scrapbook: Never Was a Cornflake Girl. Everybody has bedhead.

Actually a Very Good Idea. It was worth it for the bee backpack.

On the Naughty List. Santa lays down the law. 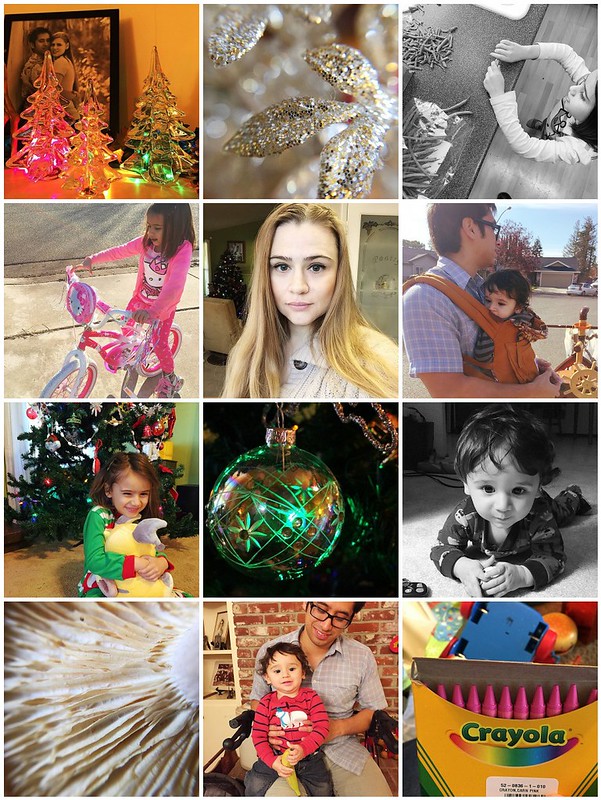