– This was one of my pregnancy shots from last year. Or I just ate a really great burrito.

– Isobel has always been strong-willed and spirited, but lately she’s taken it to a whole new level. I almost lost my cool with her last week. She had been whiny and throwing tantrums and fighting me all day and I was just done. I could feel my patience dissolving and I didn’t think I could make it to dinner without screaming so I called my Mom in a fit of desperation. Luckily she understood and took Isobel off my hands for a couple hours, long enough for me to cool down and reset my resolve.  I was so frustrated. I felt like such a terrible parent. My Mom told me that when she had days like this she also called her Mother, who, if she was around, would come over and watch us to give my Mom a break. The best part is that Grandma would turn her hearing aids down so that she could weather our screeches and whines with immunity.

– The next day, while I was fixing Isobel lunch she looked at me and said, “You take such good care of me. Both of you. Why do you take such good care of me?” I was floored. I was beyond floored. Totally speechless. I had spent all day yesterday feeling like such a crap parent. I felt like she must hate me.  It was like something out of a movie. I just looked at her, peanut butter dripping off the knife I was using to make her a sandwich, while she sat on a stool in the kitchen. It was just what I needed.

– Isobel has been wearing her superhero costume pretty much constantly. Along with a cape, mask, and sash that she uses as a hero lasso, the main component of the outfit is a thrifted ballerina dress that she’s had since she was two and barely fits over her head anymore. It’s velveteen and long sleeved and she’s insisted on wearing it every day even though it’s been well over a hundred degrees all week. If she’s not in her hero costume she’s either in her underwear or a bathing suit–her other favorite outfits when the weather is warm. When not in use she keeps her superhero costume under her pillow so no one knows her secret identity.

– When Grandma heard Isobel say she she wanted to fight crime, Grandma told her she thought that job was too dangerous for Isobel. So Isobel came home from their house and said, “Mama, can you tell Grandma I can handle it?”

– My health has been as unreliable as the weather. One day I’ll be bedridden, the next I’ll be running errands and doing laundry. I get sick during some portion of every day, but on the good days it recedes enough for me to feel like more than my illness. Other days I feel like nothing but my illness. Those are the bad days, when it affects me mentally as well as physically.

– We’ve been getting so much use out of the Ergo you sent us, Andi! I can’t thank you enough. I think it might be Elias’ current favorite carrier.

– Caitlin of Belong With Wildflowers is featuring the Little Big Shop on her blog and Facebook this month. I’m so honored you thought of me, Caitlin! Speaking of the shop, I’m in the midst of planning a huge shop update now that things with the kids are settling down a bit. My mom is going to start watching Isobel for a couple of hours a week and Stef promised to come over and have girl time while I took photos and uploaded items. I’m excited to get back into the swing of things after so much time off!

– Elias is practically sitting up by himself at this point. How did this happen! Mr Wonderful needs to slow down. Mama’s heart can’t keep up.

Scrapbook: Nicknames for Elias. He goes but many names in this house.

Scrapbook: Isobel’s Fifth Birthday. Proof that it’s a party as long as your best friends (and cake) are there.

Follow Friday: Summer Explosions. My love letter to the internet.

Recovery guy, you had one job. Sometimes I have days that feel like this.

Never give up. Same. Via UncleDynamite

Not to be outdone by Heavy Metal Goat. Via sweden

Limp Bizkit vs Thomas the Tank Engine. I cried. Via Sigafoos

You can trust us. It feels normal. The five stages of Lumosity. Via mallelis

Sneak peek at the first computer designed by Urban Outfitters.

How Tumblr celebrates soccer. I had no idea the game was so interesting! Via Lahlahlindsey

Have these guys been taking notes on how 5 year olds react to injuries?  Called up to heaven. So, so dead. To the hearse, pronto. Last breath. Double amputee. RIP. Via UncleDynamite

Unwittingly, he trained a dolphin to kill the present of the United States. Hollywood, can we get a reboot? Via

Calming Manatee is here for you, bro. Via stevelibrarian

NDGT face, you guys. Via hannza

Hungry children in need. “School’s out–>hungry kids are missing daily hot meals as a result–>you can help mind the gap for as little as $1” Via JettSuperior

Scrapbook: Isobel’s First Kitten. The first time she held a kitten, obviously not her last.

Scrapbook: Justin’s Birthday. Anthony and Scott have a Wizard’s Duel. Kingston is the tiniest ever.

My Cat is a Shape Shifter and a Magician. This still boggles my mind.

Thrifty Living: Water Painting. Isobel’s cousin’s still ask to do this when they come over. 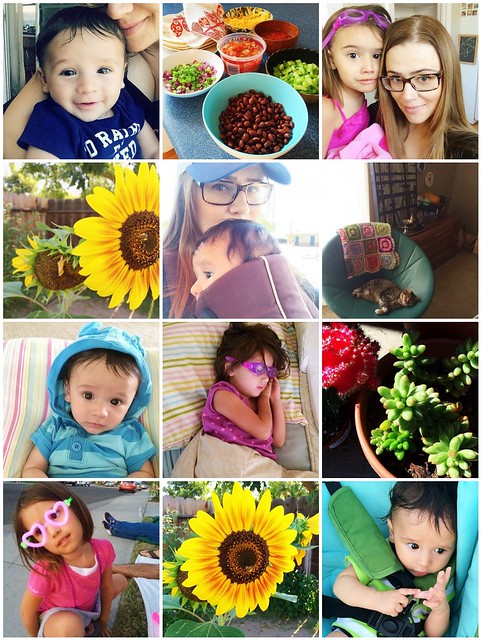