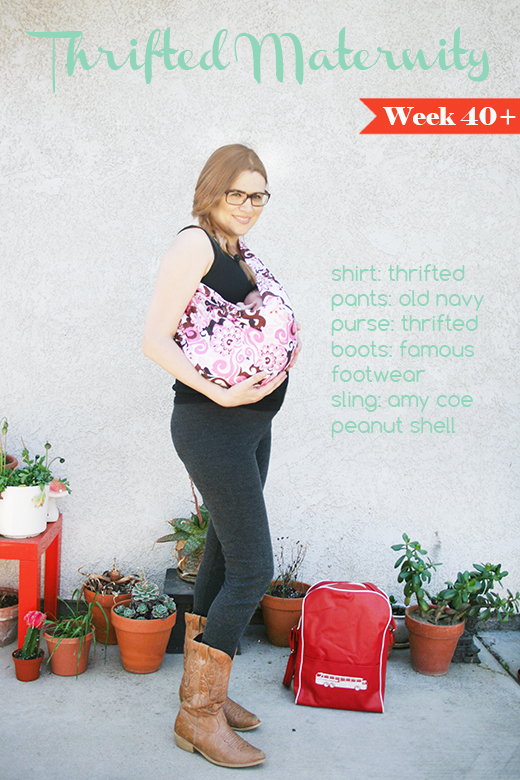 I had thought that when I had posted my 38 Week Thrifted Maternity Closet update that it would be my last in that series but after I had returned from the hospital I went through my maternity set from when I was pregnant with Isobel, titled “The Peanut Gallery” because we referred to her as “Peanut” while she was in the womb, I realized I had taken a post postpartum photo with her in the sling. It was taken around Mother’s Day so Isobel was a month old and bigger than Elias at this point, but I didn’t want to wait. 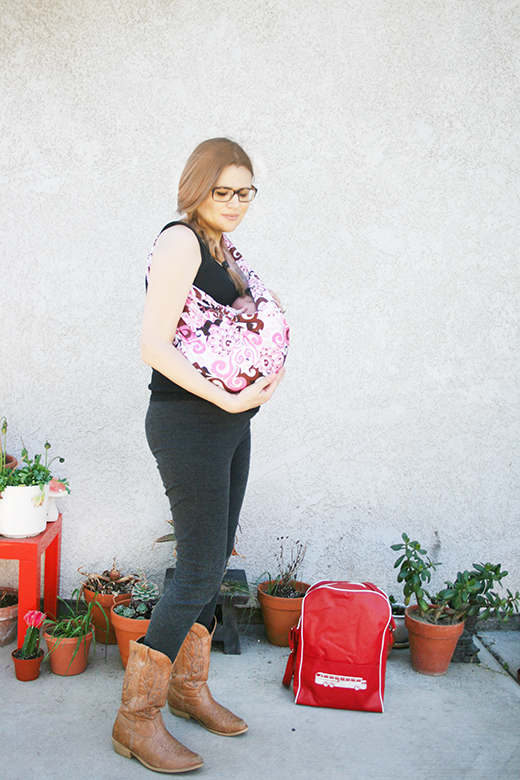 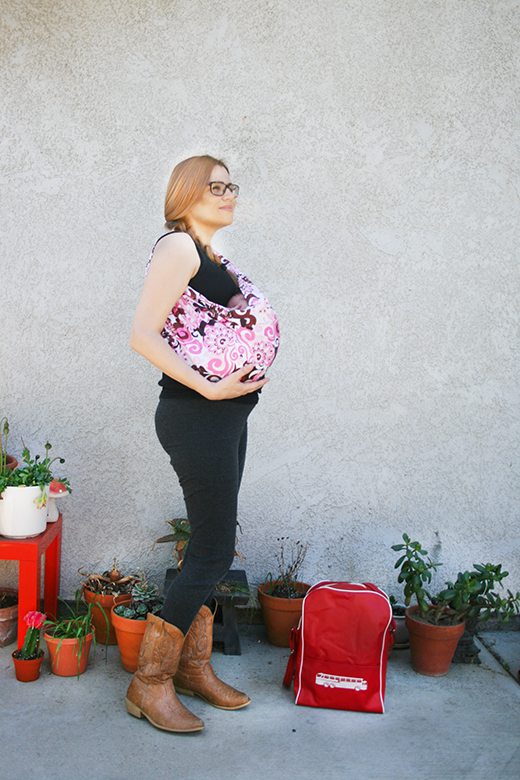 This isn’t a very impressive outfit from a fashion standpoint or a thrifted one but it was comfortable and easy and that’s all I really cared about. Isobel was off having an adventure with Ama and Anthony and I went out for our first post-baby trip to our favorite breakfast place. I remember making the same trip with Isobel  and being so nervous she’d wake up and fuss that I was distracted the whole time. I am so relieved to be able to parent without the crushing anxiety of having a newborn for the first time.

While at the restaurant I wore a cute thrifted sweater that I would have kept on for the photos had it not already became too hot for me to wear it. I also wore one of my favorite thrifted necklaces (also visible in the photo) but it got in the way of the sling so I took it off. All that remains of my thrifted style is this simple black tank and vinyl bus bag I was using for baby supplies while out. Speaking of black tank tops, I’m of the opinion–and it could have something to do with the fact that it’s over 80 degrees for about eight to nine months of the year here–that you can never have too many. I currently own at least three and wouldn’t hesitate to buy another one should I find one in my size while thrifting. 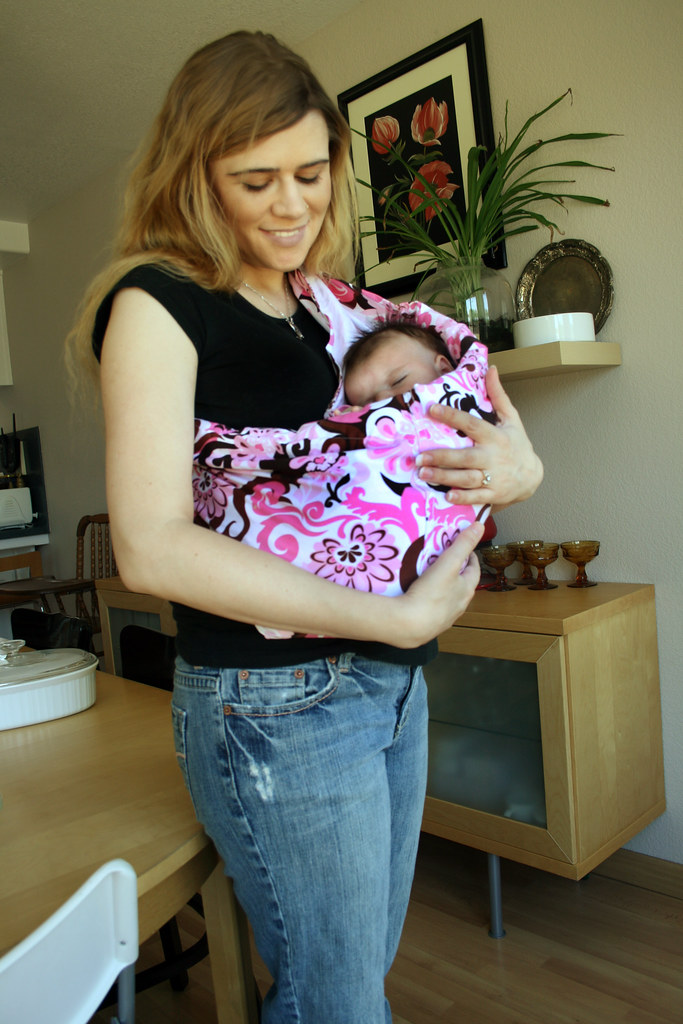 I am so thrilled to be free of the traveling maternity box and happily look forward to passing the remains of the maternity clothes in my closet onto my cousin. She has a friend at work who’s pregnant and currently housing the collection. I have a few pairs of very forgiving jeans and otherwise stretchy pants so I can kiss maternity pants goodbye forever. 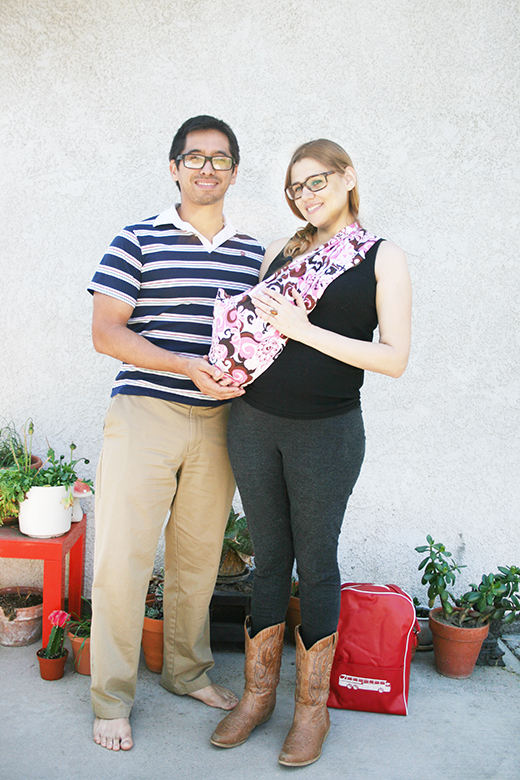